Price guides for A SUPER COLLECTION OF MORE THAN 60 ANTIQUE...

Appraise and find values for
A SUPER COLLECTION OF MORE THAN 60 ANTIQUE... 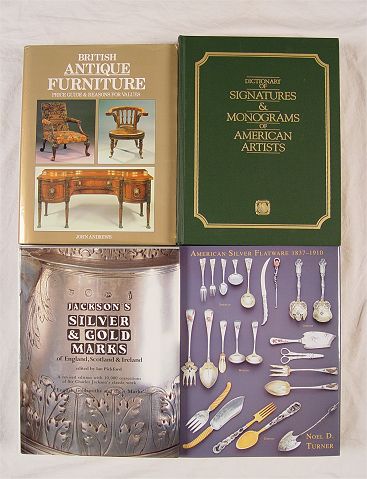 A SUPER COLLECTION OF MORE THAN 60 ANTIQUE & ART REFERENCE BOOKS: 62 books plus 15 Sotheby and Christie Auction catalogs and the 1999 six volumes American... [this item is NOT for sale]