Price guides for A STAFFORDSHIRE FLATBACK POTTERY FIGURE OF...

Appraise and find values for
A STAFFORDSHIRE FLATBACK POTTERY FIGURE OF... 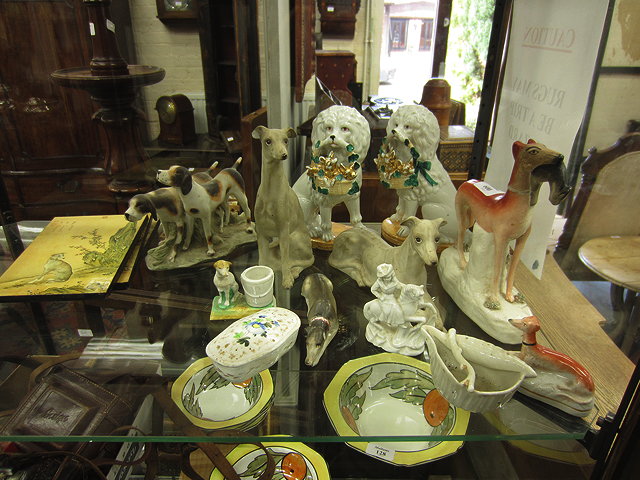 A STAFFORDSHIRE FLATBACK POTTERY FIGURE OF A GREYHOUND holding a rabbit in its mouth together with a small quantity of further ceramic models of dogs,...