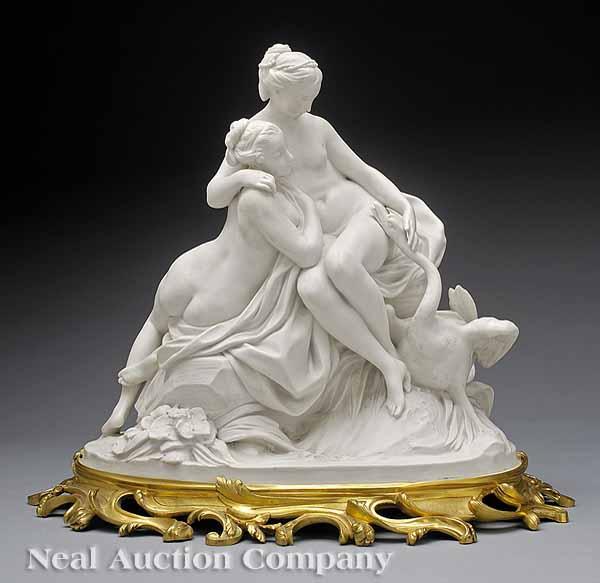 A Sèvres Biscuit Porcelain Classical Group of Leda and the Swan, marked 1909, well-mounted figures forming a triangular composition set on an oval gilt... [this item is NOT for sale]