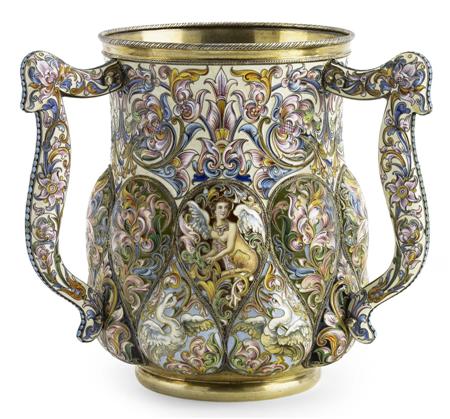 A Russian silver-gilt and shaded cloisonnÃ© enamel three handled loving-cup ('Kriushonnitsa') Feodor RÃ¼ckert, Moscow, circa 1890 scratched inventory... [this item is NOT for sale]