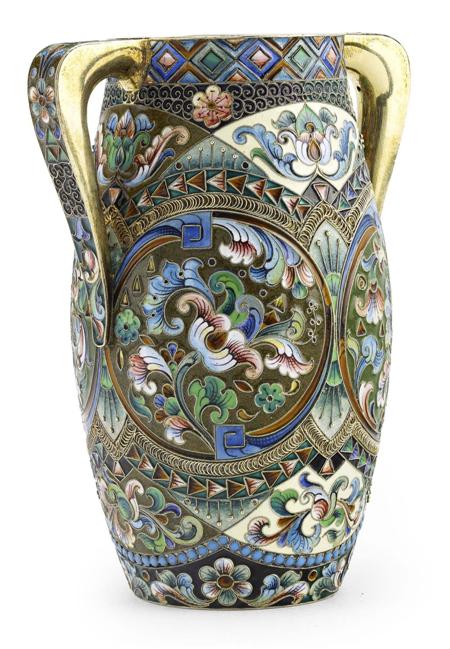 A Russian silver-gilt and shaded cloisonnÃ© enamel two-handled vase maker's mark of Vasili Naumov, Moscow 1908-1917 the cylindrical shaped-oval body... [this item is NOT for sale]