Price guides for A Russian large silver-gilt and cloisonnÃ©...

Appraise and find values for
A Russian large silver-gilt and cloisonnÃ©... 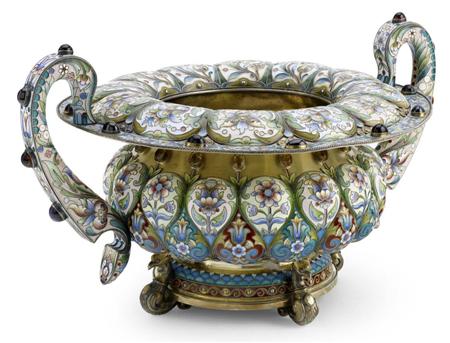 A Russian large silver-gilt and cloisonnÃ© enamel bowl Pavel Ovchinnikov, Moscow, 1899-1908 supported on four feet, cast, chased, and engraved as stylized... [this item is NOT for sale]