Appraise and find values for
A Royal Doulton stoneware vase by Harry Simeon,... 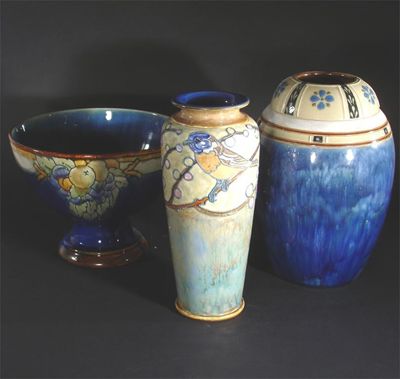