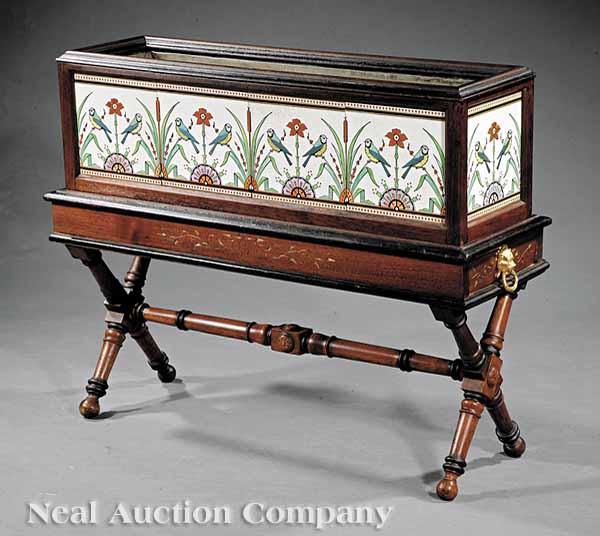 A Rare Christopher Dresser Minton Tile, Ebonized Walnut and Gilt Bronze-Mounted Jardinière on Stand, c. 1875-1880, New York or Philadelphia, the tiles... [this item is NOT for sale]