Appraise and find values for
A QUANTITY OF 18TH AND 19TH AND 20TH CENTURY... 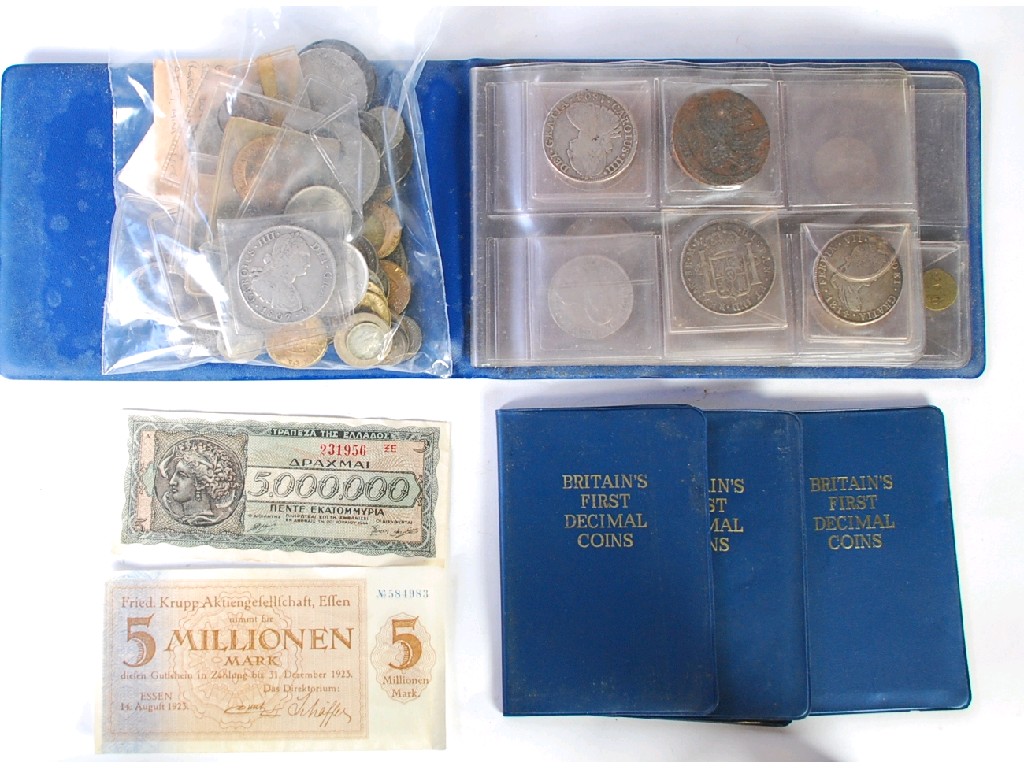 A QUANTITY OF 18TH AND 19TH AND 20TH CENTURY SILVER AND COPPER COINAGE including a number of replica Spade Guineas ... [this item is NOT for sale]