Price guides for A Pair of German Porcelain Figural Group...

Appraise and find values for
A Pair of German Porcelain Figural Group... 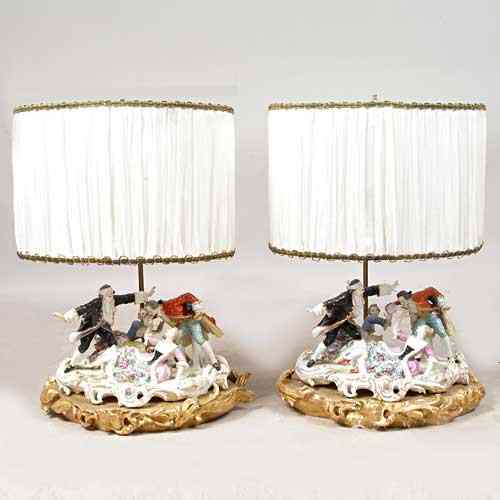 A Pair of German Porcelain Figural Group Table Lamps circa 1890 mounted on gilt shaped bases; having four 18th century men and women playing an animated... [this item is NOT for sale]