Appraise and find values for
A Pair of "Fern" Pattern Cast Iron Garden... 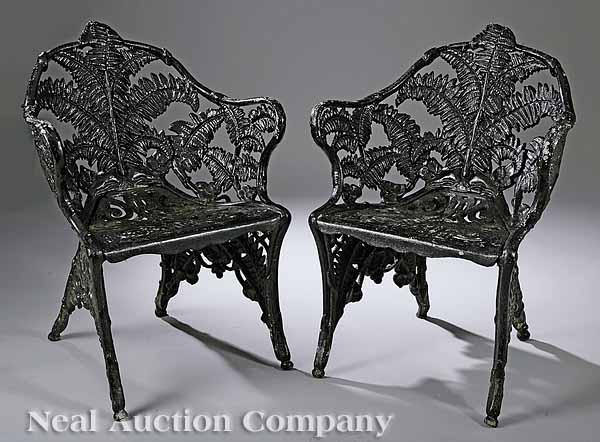