Price guides for A Pair of Chinese Carved and Tinted Ivory...

Appraise and find values for
A Pair of Chinese Carved and Tinted Ivory... 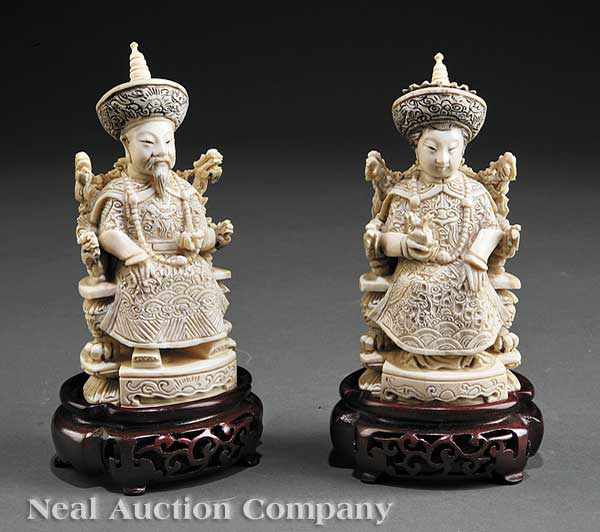 A Pair of Chinese Carved and Tinted Ivory Emperor and Empress Figures the male figure carved seated on a reticulated dragon throne wearing a dragon robe...