Price guides for A Pair of Art Nouveau Polychromed Bronze...

Appraise and find values for
A Pair of Art Nouveau Polychromed Bronze... 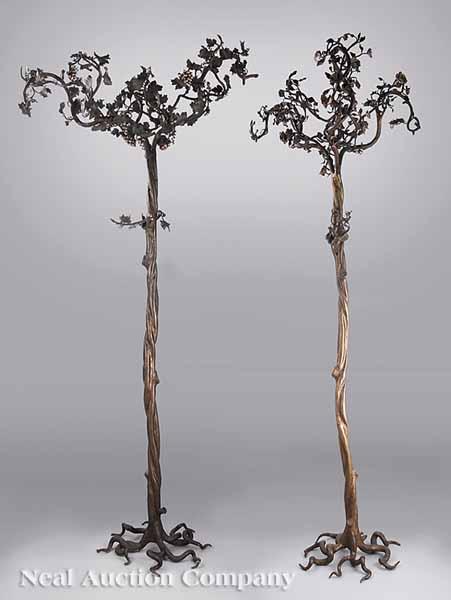 A Pair of Art Nouveau Polychromed Bronze Conservatory "Tree" Floor Lamps, c. 1890-1910, probably French or Italian, each cold-painted, one with a "vine-stem"... [this item is NOT for sale]