Appraise and find values for
A PAIR OF VINCENNES BLEU LAPIS BEAKERS finely... 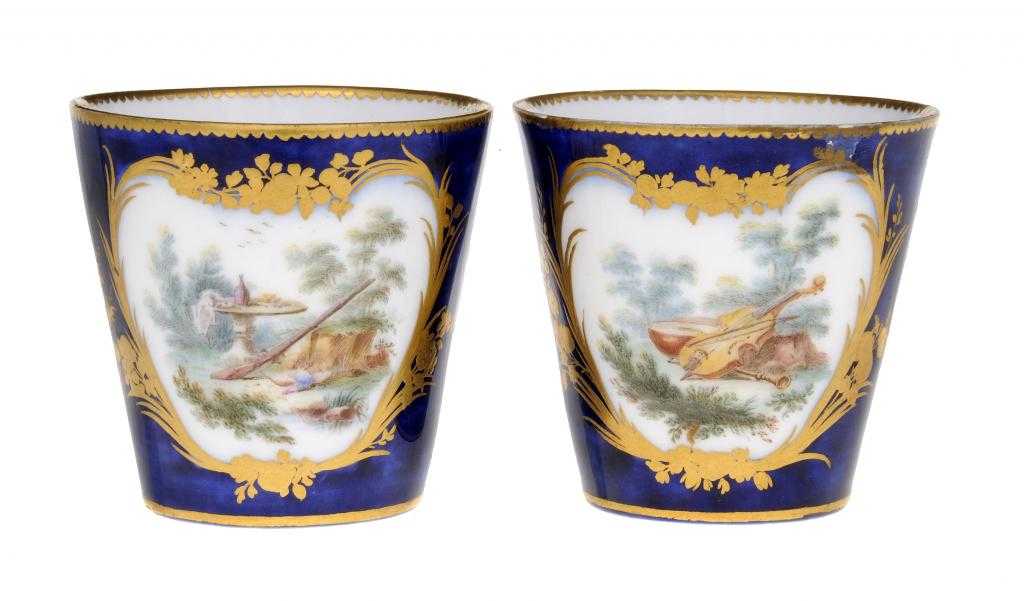 A PAIR OF VINCENNES BLEU LAPIS BEAKERS finely painted to both sides with panels of musical instruments including a bass viol or bagpipes and a tambourine,...