Price guides for A PAIR OF STAFFORDSHIRE POTTERY FIGURES of...

Appraise and find values for
A PAIR OF STAFFORDSHIRE POTTERY FIGURES of... 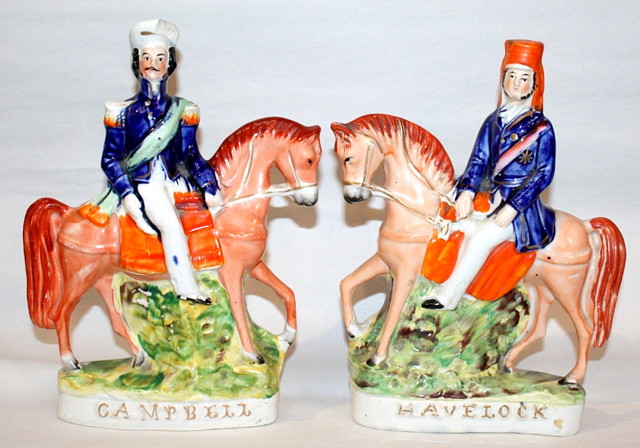 A PAIR OF STAFFORDSHIRE POTTERY FIGURES of 'Campbell' and 'Havelock', 10 1/2" high; together with a 19th Century English porcelain part tea service with... [this item is NOT for sale]