Price guides for A PAIR OF DERBY FIGURES OF A MONK AND A NUN in...

Appraise and find values for
A PAIR OF DERBY FIGURES OF A MONK AND A NUN in... 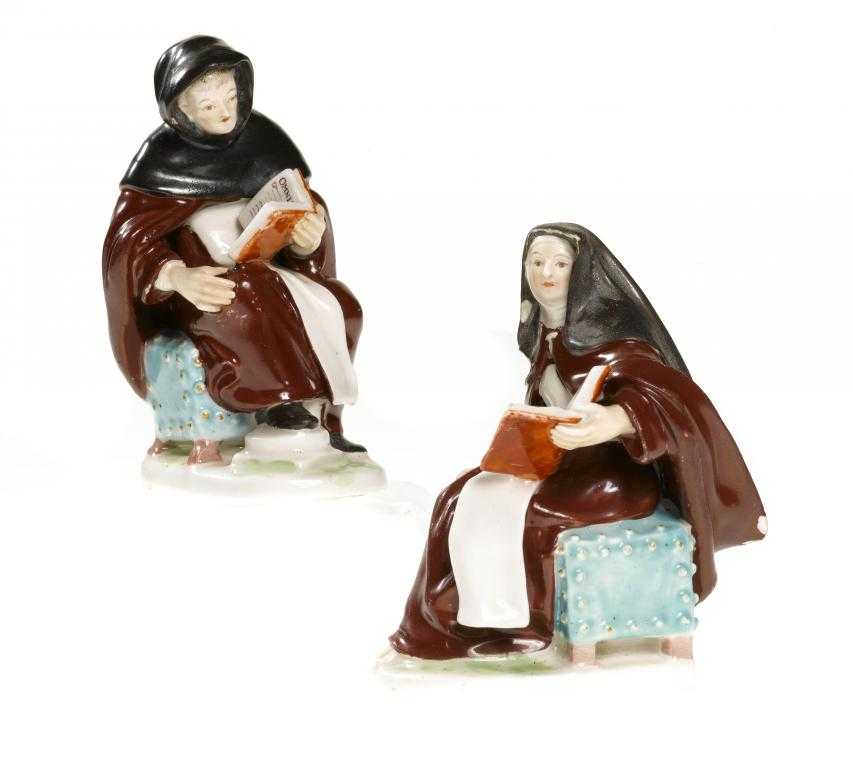 A PAIR OF DERBY FIGURES OF A MONK AND A NUN in brown habit seated on a turquoise stool holding an open book, the pages inscribed OMNIA GLORIA, on flat...