Price guides for A NAVAL GENERAL SERVICE MEDAL for Marine...

Appraise and find values for
A NAVAL GENERAL SERVICE MEDAL for Marine... 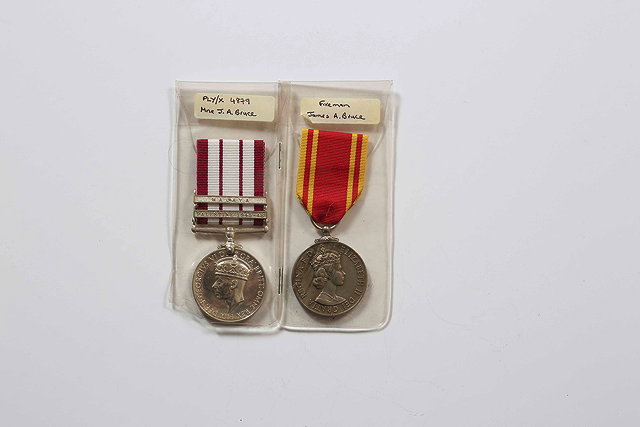 A NAVAL GENERAL SERVICE MEDAL for Marine J. A. Bruce with Malaya and Palestine 1945-48 bars together with an Exemplary Fire Service medal awarded to fireman... [this item is NOT for sale]