Appraise and find values for
A Mintons Alton pattern oval tureen and cover... 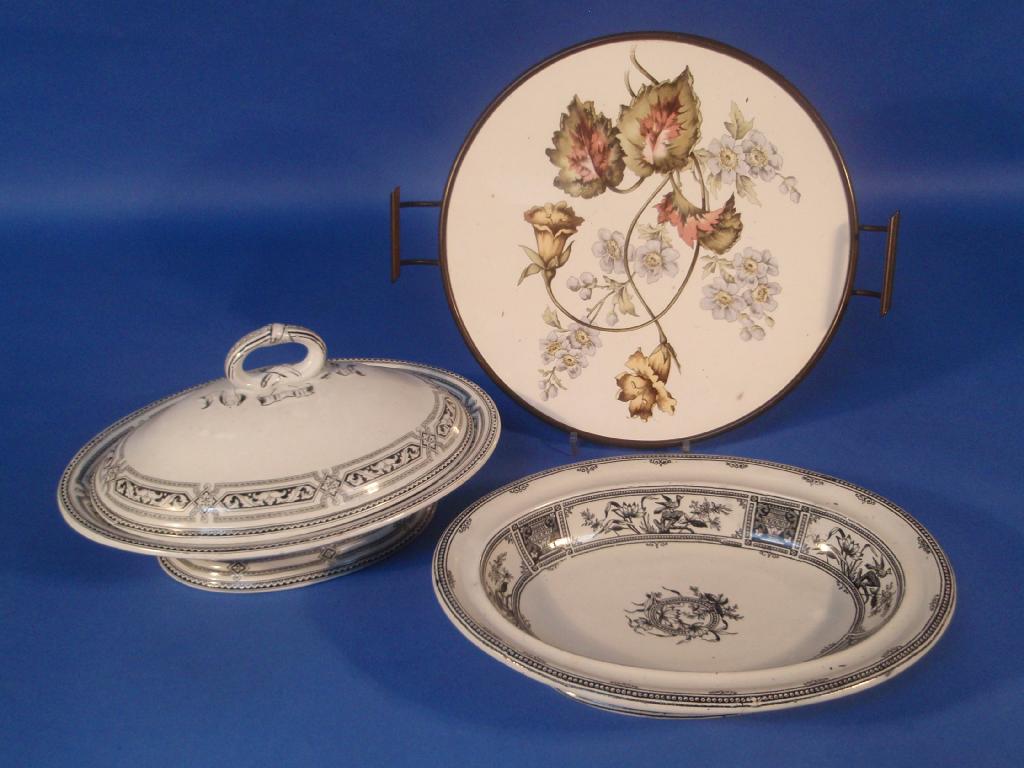 A Mintons Alton pattern oval tureen and cover together with a matching oval dish, and a Continental porcelain circular tray.... [this item is NOT for sale]