Price guides for A Meissen group of two gentleman and a lady...

Appraise and find values for
A Meissen group of two gentleman and a lady... 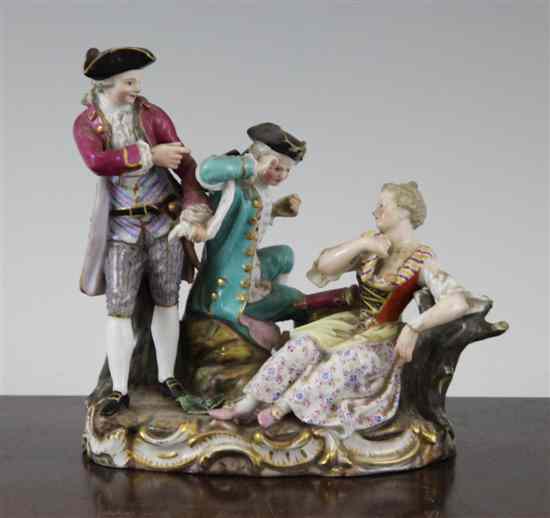 A Meissen group of two gentleman and a lady 19th century standing and seated upon a scrollwork base underglaze blue crossed swords mark and incised model...