Appraise and find values for
A Meiji period ivory netsuke carved as Shoki... 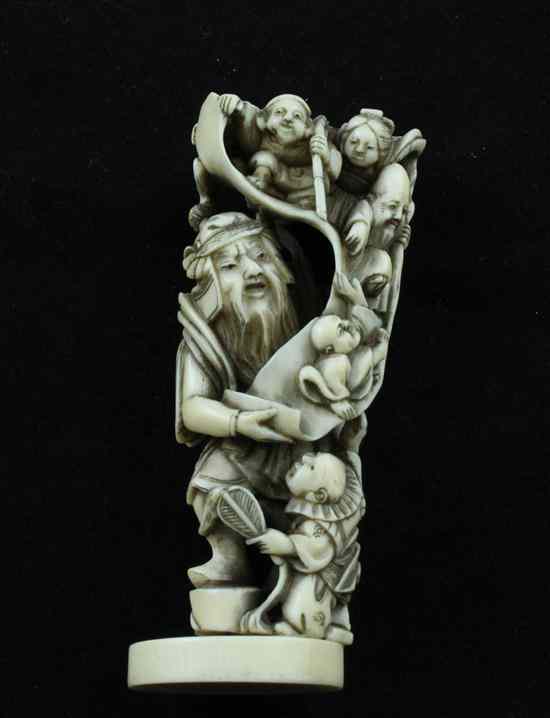