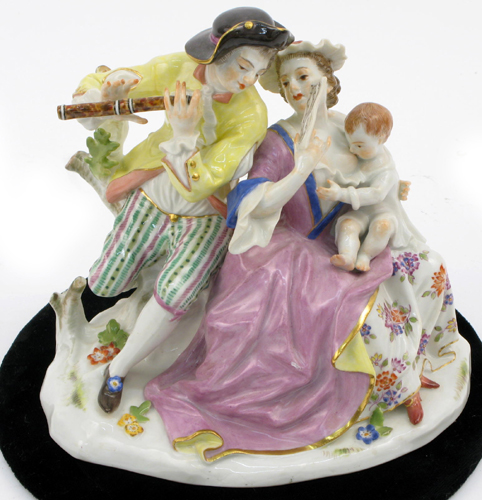 A MEISSEN PORCELAIN FIGURAL GROUP, hand painted, of a gentleman playing a flute alongside a woman showing a sheet of music while holding her baby, blue... [this item is NOT for sale]