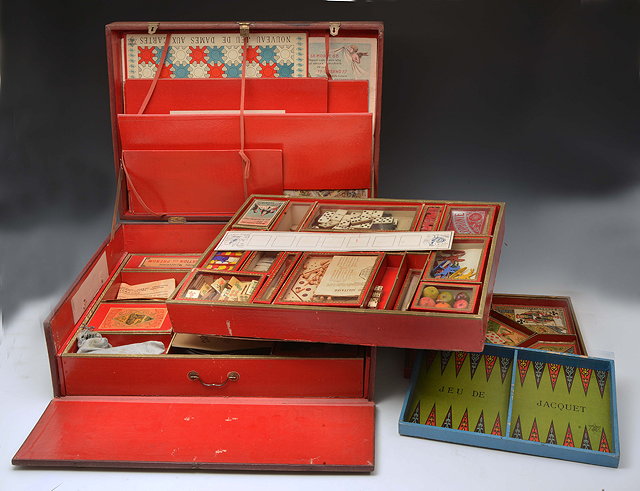 A LARGE LATE 19TH/EARLY 20TH CENTURY FRENCH GAMES COMPENDIUM, the red simulated leather box with lid inscribed Jeux, opening to reveal a large number of... [this item is NOT for sale]