Price guides for A LARGE COLLECTION OF LOBBY CARDS majority...

Appraise and find values for
A LARGE COLLECTION OF LOBBY CARDS majority... 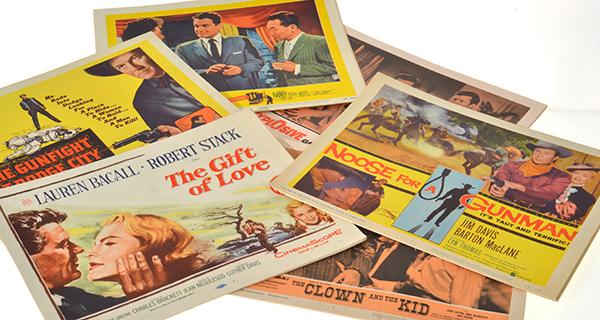 A LARGE COLLECTION OF LOBBY CARDS majority 1950s-1960s, comprising approximately 93 sets, part sets and loose cards, many duplicates, titles include... [this item is NOT for sale]