Price guides for A Japanese ivory netsuke of Ashinaga carrying...

Appraise and find values for
A Japanese ivory netsuke of Ashinaga carrying... 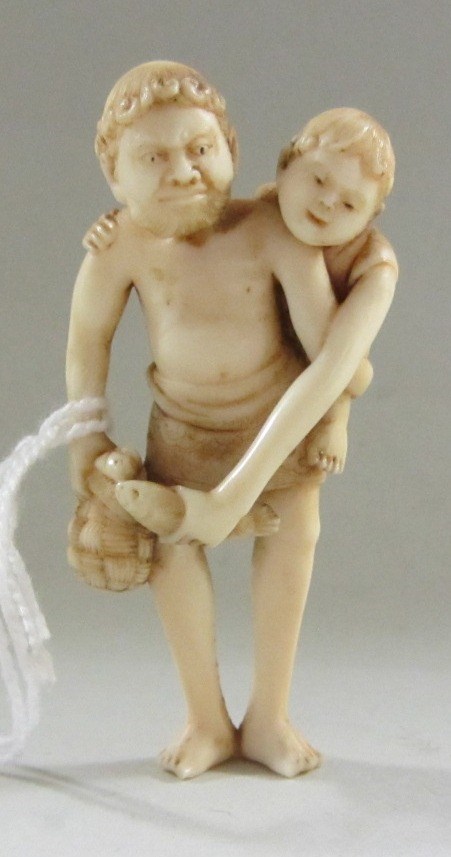 A Japanese ivory netsuke of Ashinaga carrying Tenaga on his shoulder, 19th century, the mythical fishermen carrying a basket and a fish, signed, 6cm high.... [this item is NOT for sale]