Price guides for A Japanese ivory figure group, carved as...

Appraise and find values for
A Japanese ivory figure group, carved as... 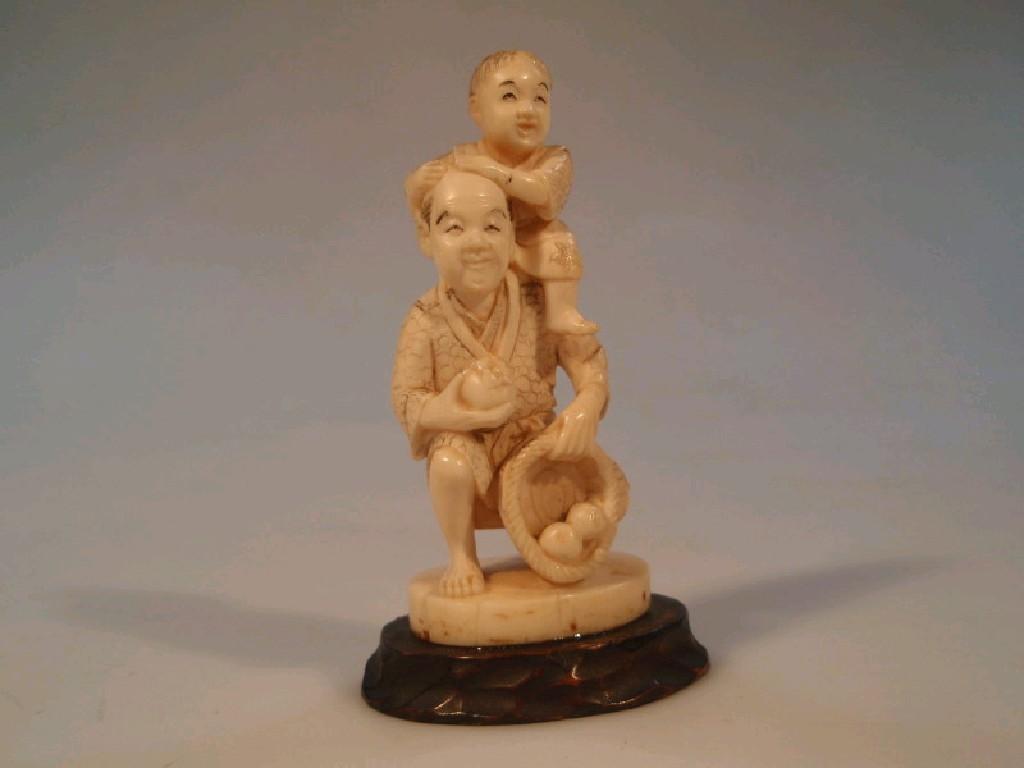 A Japanese ivory figure group, carved as a farmer and son, the farmer kneeling and holding a basket of fruit, the boy on his shoulder, oval base, on a...