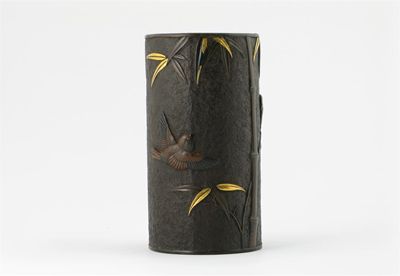 A Japanese iron cylindrical brushpot, decorated in copper, gold and shakudo with sparrows and a bamboo tree, 19th century, 15.6cm.... [this item is NOT for sale]