Price guides for A JAPANESE CARVED IVORY FIGURE OF SAMURAI...

Appraise and find values for
A JAPANESE CARVED IVORY FIGURE OF SAMURAI... 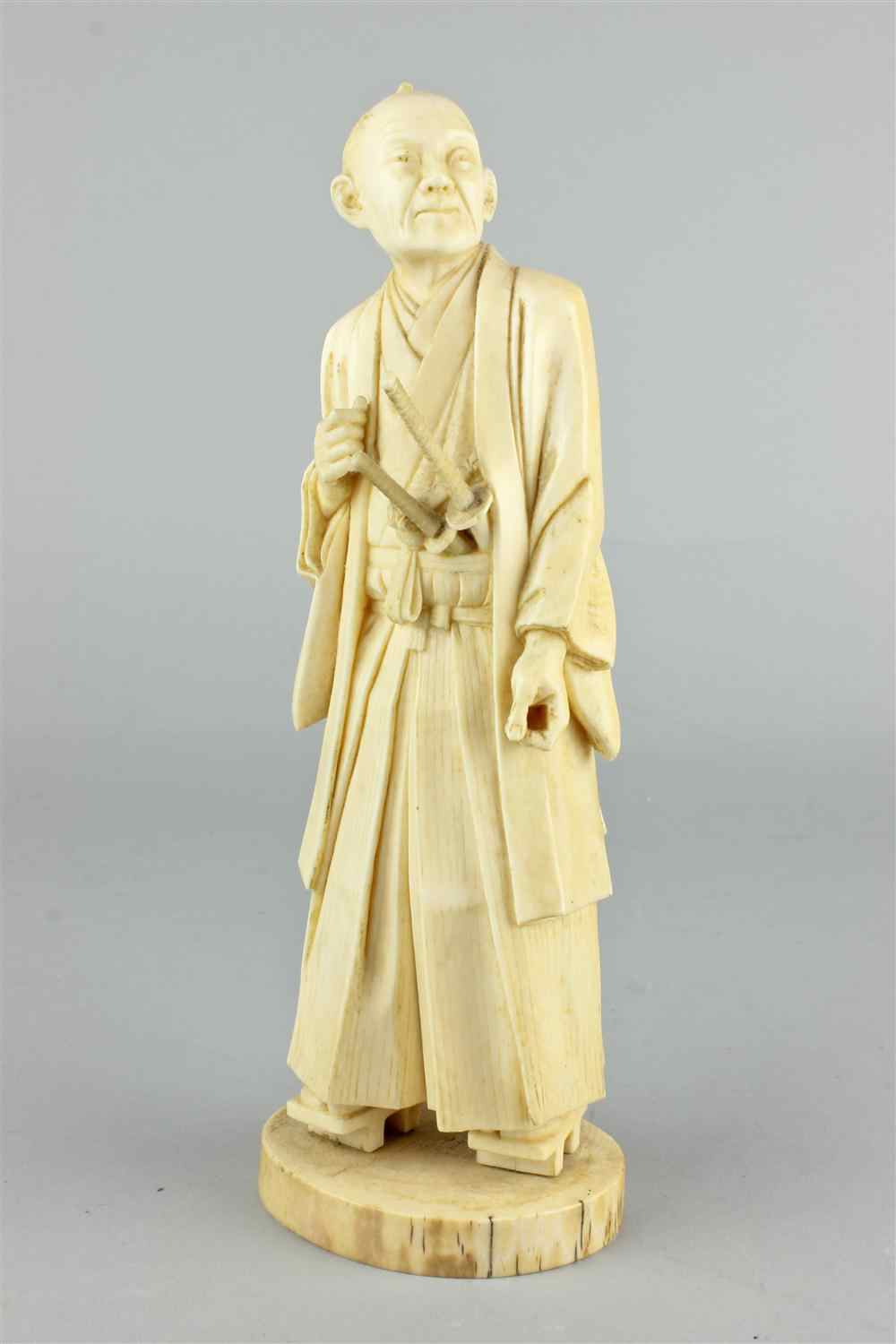 A JAPANESE CARVED IVORY FIGURE OF SAMURAI 19TH CENTURY the standing figure dressed in casual robes with two swords tucked in at his waist on naturalistic...