Price guides for A Himalayan patinated bronze figure of a...

Appraise and find values for
A Himalayan patinated bronze figure of a... 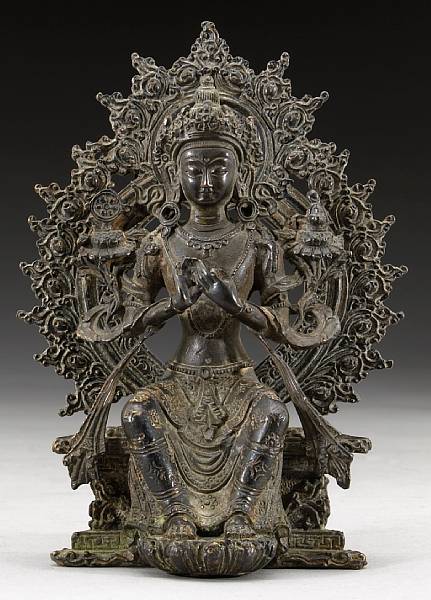 A Himalayan patinated bronze figure of a Maitreya The crowned deity seated with both legs pendant, his hands in dharmachakra mudra and his arms coiled... [this item is NOT for sale]