Appraise and find values for
A Group of Three Japanese Carved Ivory Articles... 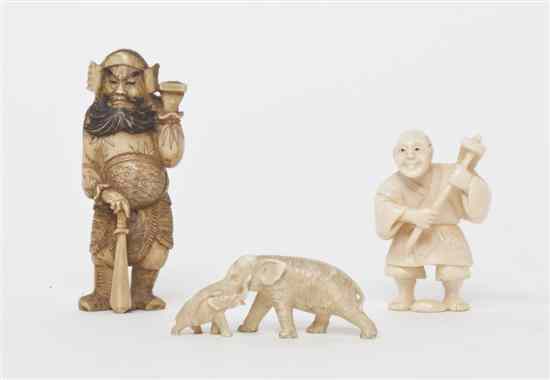 A Group of Three Japanese Carved Ivory Articles comprising a figure of a warrior carrying a club a netsuke depicting a farmer and a carved figural group...