Appraise and find values for
A Green Iridescent Art Glass Vase Most probably... 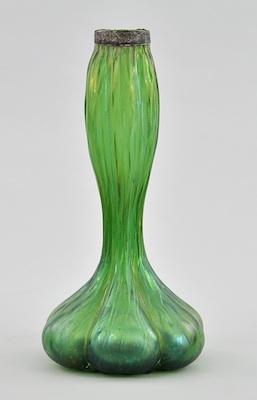 A Green Iridescent Art Glass Vase Most probably by Loetz approx. 6-7/8"H, in an emerald color iridescent glass with a lobbed base, tapering and then flaring... [this item is NOT for sale]