Price guides for A Great War pair of medals to an officer,...

Appraise and find values for
A Great War pair of medals to an officer,... 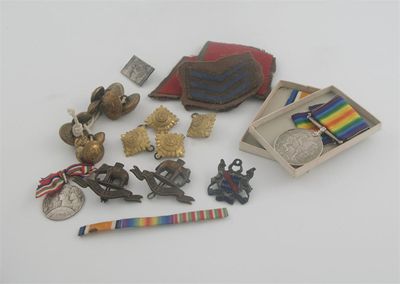