Price guides for A George III mahogany chest-on-chest with...

Appraise and find values for
A George III mahogany chest-on-chest with... 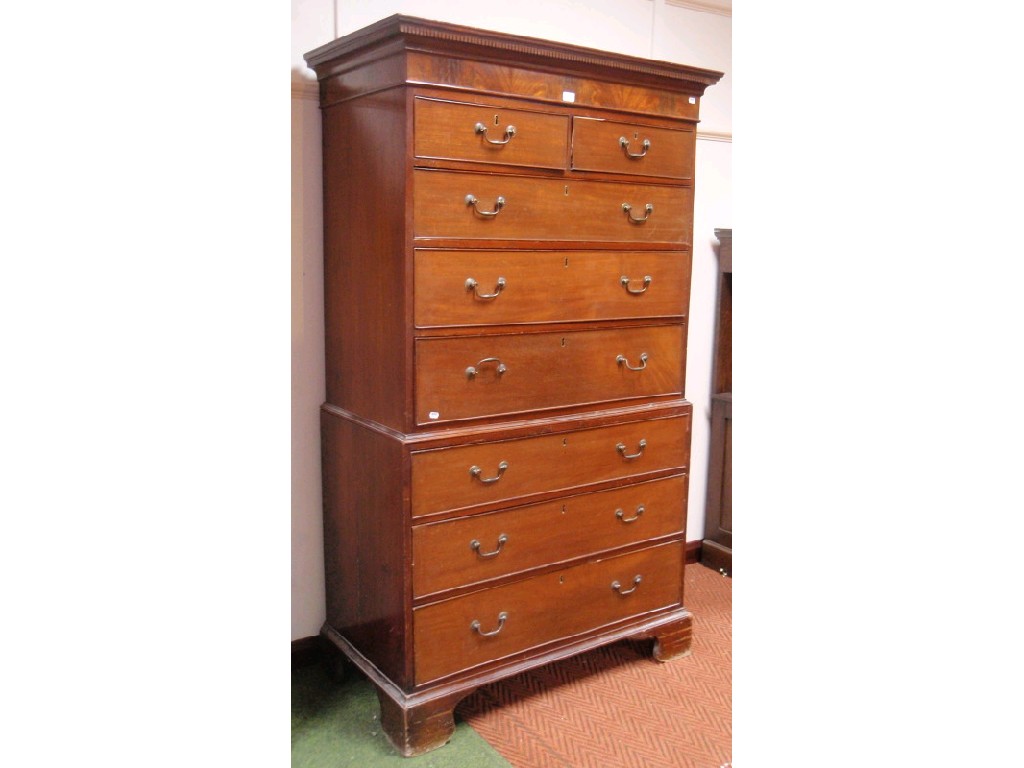 A George III mahogany chest-on-chest with dentil moulded cornice, flamed banding over two short and three long graduated drawers to the upper pat and three... [this item is NOT for sale]