Appraise and find values for
A George III bright-engraved and silvergilt... 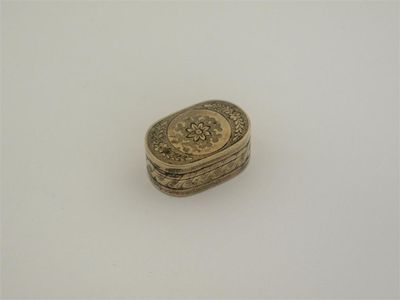 A George III bright-engraved and silvergilt vinaigrette, of oval outline with pricked sides, the inside cover initialled, by T. Phipps & E. Robinson, London...