Price guides for A GEORGE III MAHOGANY TRAY with Chippendale...

Appraise and find values for
A GEORGE III MAHOGANY TRAY with Chippendale... 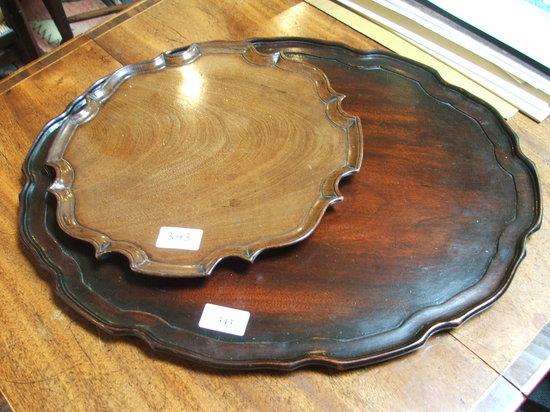 A GEORGE III MAHOGANY TRAY with Chippendale moulded edge (formerly off a wine table), 12" wide; and a similar but larger tray (2)....