Price guides for A GEORGE III MAHOGANY AND SATINWOOD INLAID...

Appraise and find values for
A GEORGE III MAHOGANY AND SATINWOOD INLAID... 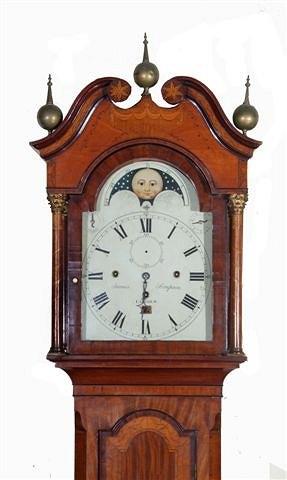 A GEORGE III MAHOGANY AND SATINWOOD INLAID LONG CASE CLOCK with musical movement by James Simpson of Lincoln having an eight day movement striking on twelve... [this item is NOT for sale]