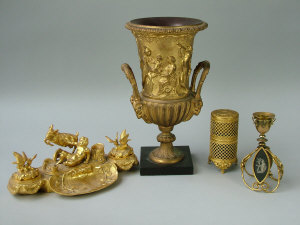 A French gilt bronze desk stand, 20th century, mounted with leaping ram and putto, flanked either side by two inkwells, (glass liners missing), the lids... [this item is NOT for sale]