Appraise and find values for
A French Second Empire ormolu and green marble... 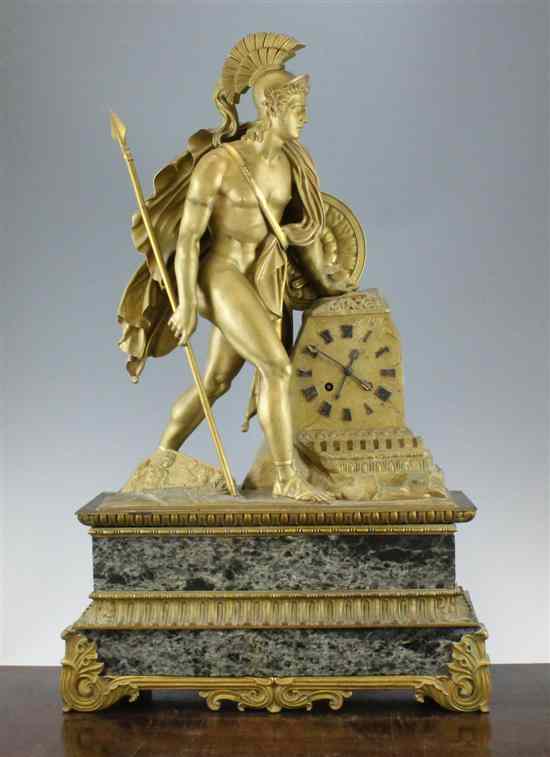 A French Second Empire ormolu and green marble mantel clock surmounted with a figure of a Greek warrior with Vincenti & Co movement 28in. Estimate ?1 500-2...