Price guides for A French Empire Gilt Carved Side Chair With...

Appraise and find values for
A French Empire Gilt Carved Side Chair With... 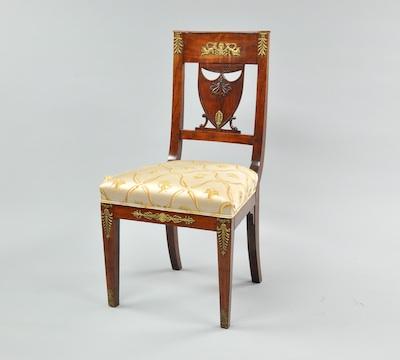 A French Empire Gilt Carved Side Chair With straight tapered legs, straight side rails, shield shape splat with anthemion carved detail and ormolu detail,... [this item is NOT for sale]