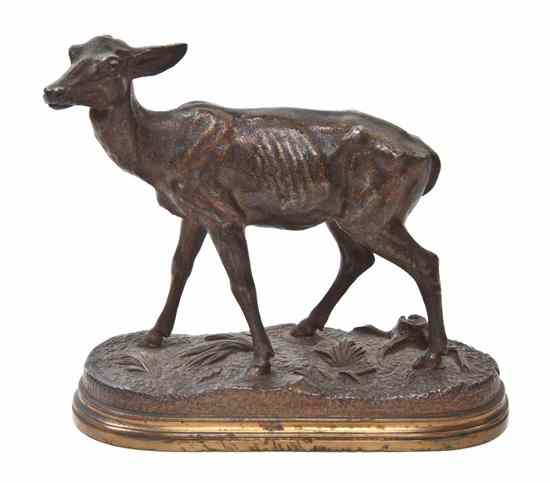 A French Bronze Animalier Figure Alfred Dubucand (1828-1894) depicting a standing deer raised on a naturalistic oval base. Height 5 1/2 inches.... [this item is NOT for sale]