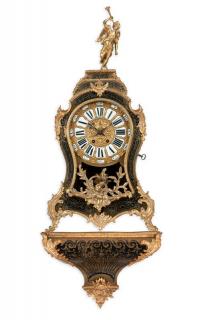 A French ''Boulle'' marquetry bracket clock Second half 19th century, the waisted case with foliate mounts and surmounted by a figure of a cherub blowing... [this item is NOT for sale]