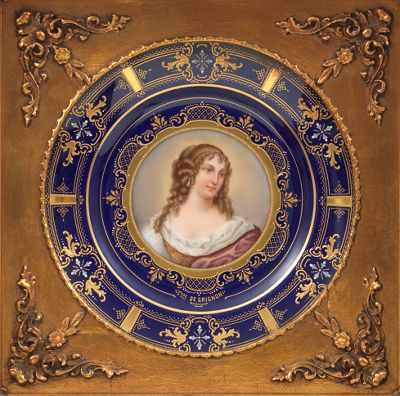 A Framed Austrian Porcelain Cabinet Plate "Csse De Grignon". Hand painted porcelain portrait plate with the image of the countess in the center surrounded... [this item is NOT for sale]