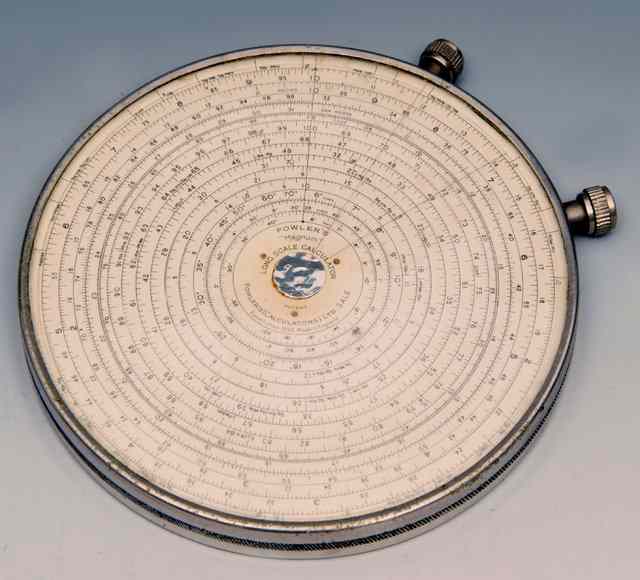 A FOWLER'S MAGNUM ' LONG SCALE CALCULATOR' 4 3/4" diameter complete with case together with a German desk top barometer possibly in the form of a satellite... [this item is NOT for sale]