Price guides for A FINE PAIR OF REGENCY CARY'S TERRESTRIAL...

Appraise and find values for
A FINE PAIR OF REGENCY CARY'S TERRESTRIAL... 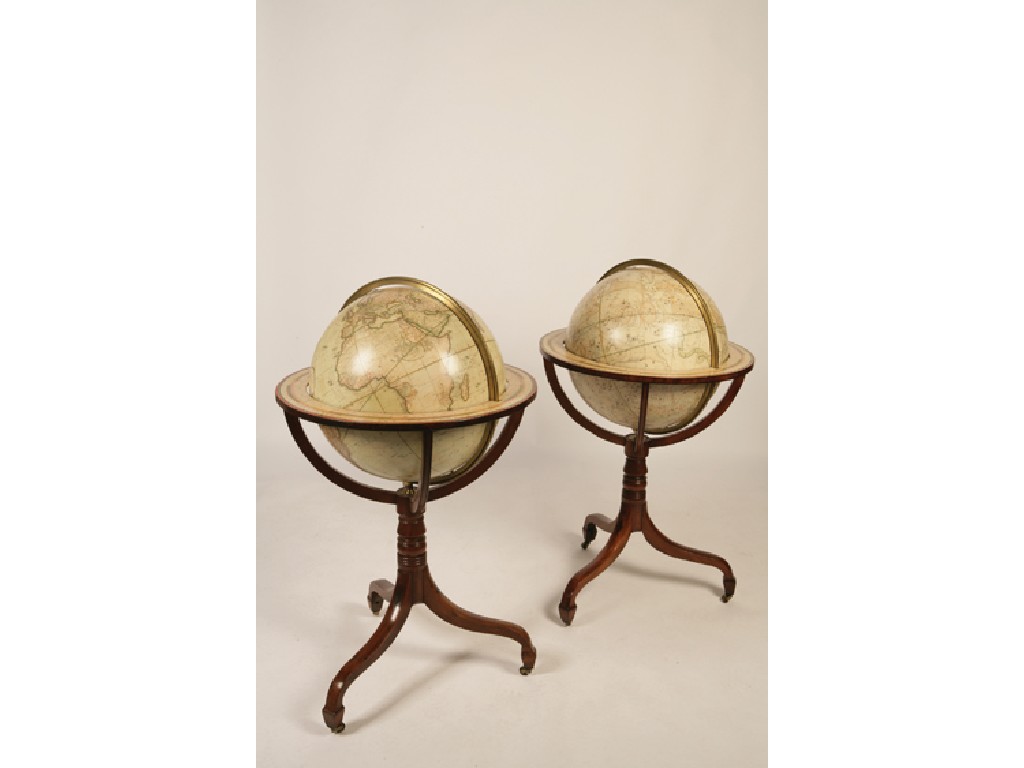 A FINE PAIR OF REGENCY CARY'S TERRESTRIAL AND CELESTIAL LIBRARY GLOBES, the globes surmounted by a brass scale in a circular mahogany stand with four arched...