Price guides for A European carved ivory figure of a vagrant...

Appraise and find values for
A European carved ivory figure of a vagrant... 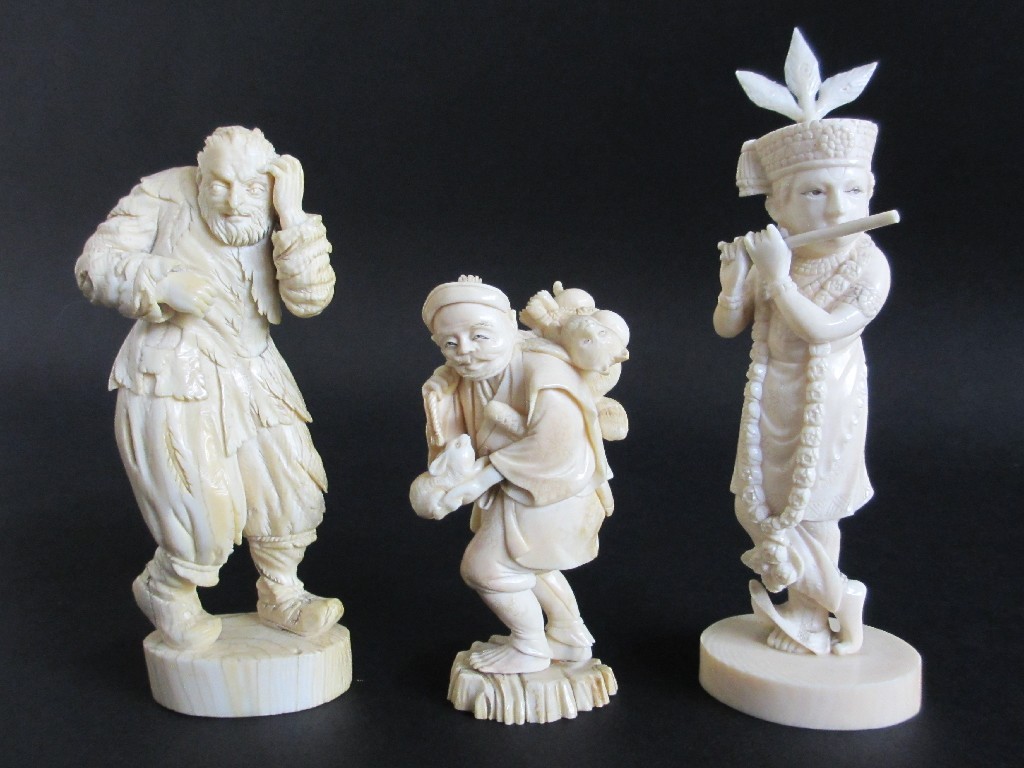 A European carved ivory figure of a vagrant wearing torn and shredded costume, 12cm high, a Burmese figure of a flautist, 13cm high and a Japanese figure...