Price guides for A Disney Studios drawing for the cover to...

Appraise and find values for
A Disney Studios drawing for the cover to... 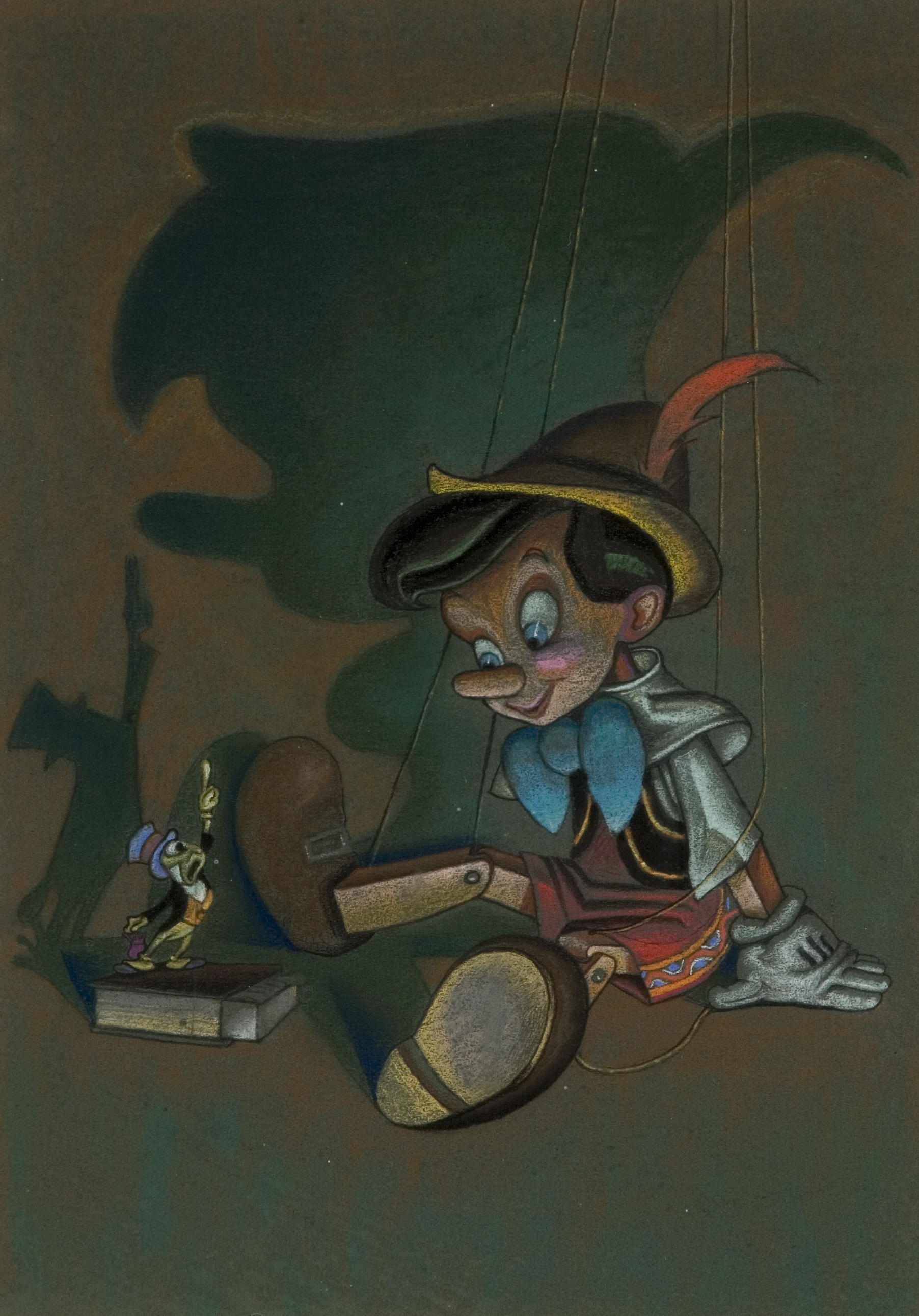 A Disney Studios drawing for the cover to the book Walt Disney's Version of Pinocchio 1939 pastel on brown paper depicting Jiminy Cricket giving his worldly...