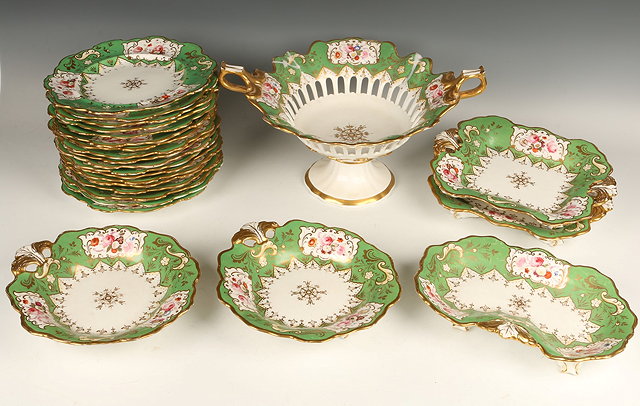 A DAVENPORT PORCELAIN DESSERT SERVICE consisting of a comport, five tazzas and eighteen plates with apple green ground and gilded border... [this item is NOT for sale]