Price guides for A Collection of Japanese and Chinese Ivory...

Appraise and find values for
A Collection of Japanese and Chinese Ivory... 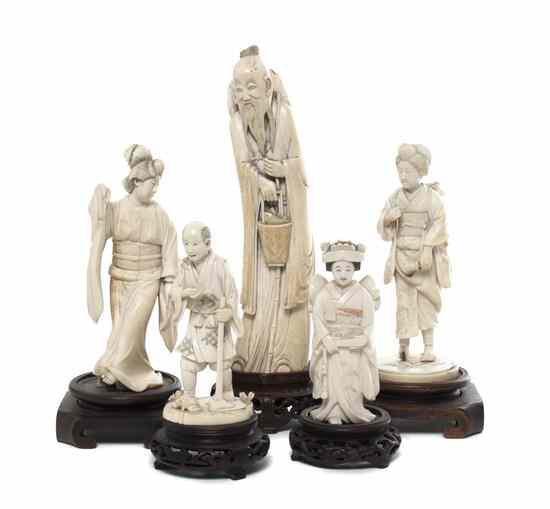 A Collection of Japanese and Chinese Ivory Figures comprising a man with a basket of fish three figures of ladies and a figure of a man holding an ax....