Price guides for A Collection of Eleven Silverplate Trays...

Appraise and find values for
A Collection of Eleven Silverplate Trays... 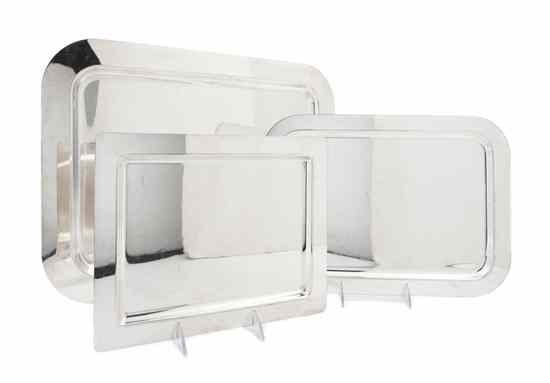 A Collection of Eleven Silverplate Trays each of rectangular form of various makers and designs. Width of widest 21 1/4 inches....