Price guides for A Chinese rose quartz figure of Guanyin,...

Appraise and find values for
A Chinese rose quartz figure of Guanyin,... 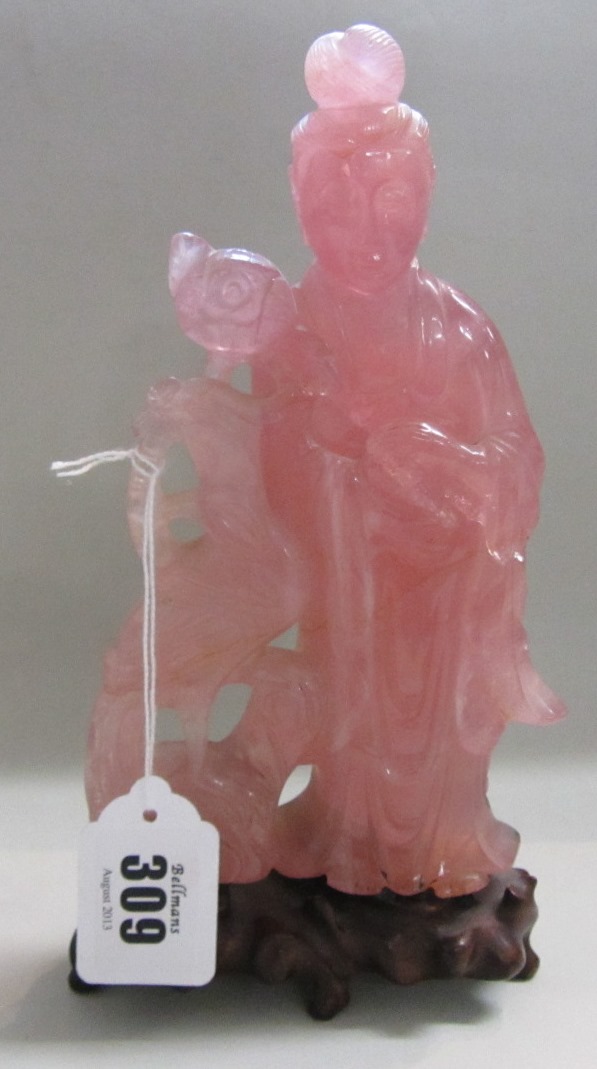 A Chinese rose quartz figure of Guanyin, late 19th/20th century, carved standing beside an exotic bird, 18.5cm.high, wood stand.... [this item is NOT for sale]