Price guides for A Chinese ivory netsuke carved as a monkey,...

Appraise and find values for
A Chinese ivory netsuke carved as a monkey,... 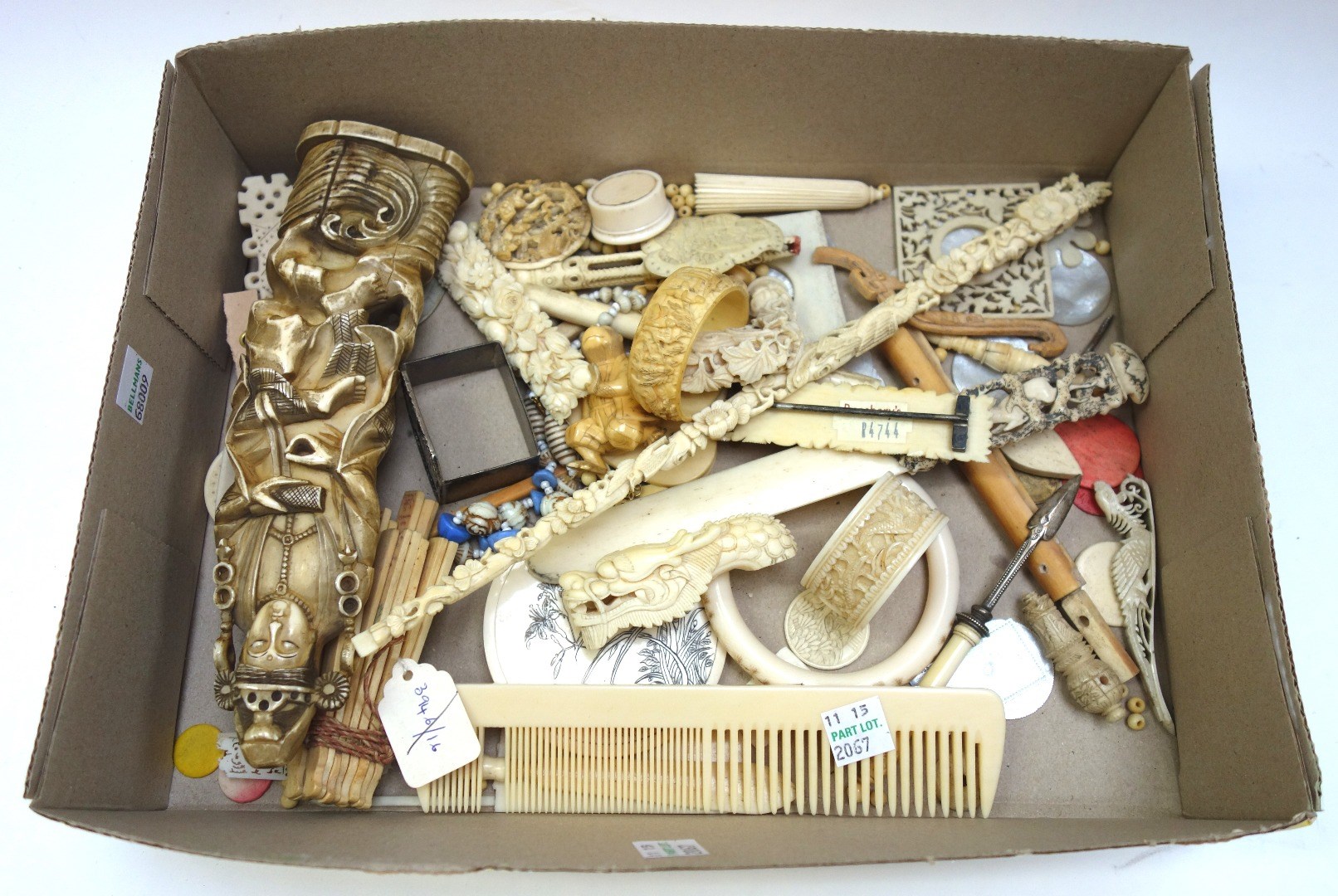 A Chinese ivory netsuke carved as a monkey, a Chinese white metal napkin ring, a South East Asian carved ivory figure, 20.5cm, various mother of pearl... [this item is NOT for sale]